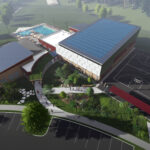 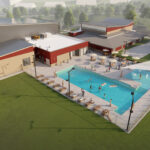 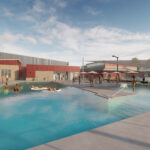 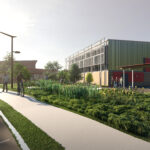 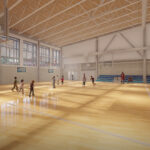 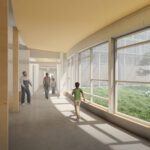 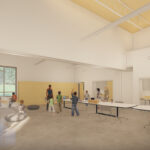 These images are a visual rendering of the proposed project and what it may look like.

In the early-2000s, Asheville Parks & Recreation and residents of the Livingston and Erskine-Walton neighborhoods began discussions about the future of Livingston Park and the W.C. Reid Center. Located at the center of the two neighborhoods, the park included a ballfield, concession stand, tennis courts, and restrooms. The Reid Center had recently refocused its programming on classes and events for performing, cultural, and visual arts.

The results were the opening of the Dr. Wesley Grant, Sr. Southside Community Center in 2010 on the site of the former park and a transfer to the Asheville Housing Authority of the Reid Center, which was renovated and renamed the Arthur R. Edington Education and Career Center. The decision of the Edington Center to prioritize education and career training brings it full circle as it was originally the Livingston Street School for the neighborhoods’ Black students prior to integration of Asheville City Schools.

The first phase of the Grant Southside Center was designated as the Cultural Phase and resulted in the current structure: an auditorium, three classrooms, office space, parking, storage, and flexible outdoor space. When it opened, it was only the second community center ever built by the City designed exclusively for recreational and cultural programming following the 1974 opening of Tempie Avery Montford Community Center. It was also the first facility constructed by the City to be LEED-certified for features including a green roof with active vegetation, geo-thermal heating and cooling, stormwater runoff management, and natural interior lighting. During construction, more than 75% of all construction waste was diverted from the landfill and recycled.

Located less than a quarter-mile walk away (but on a sometimes-busy road), Walton Street Park includes a pool that opened in 1947 (about 10 years after the park debuted) as the only swimming pool for Black residents of the area. It operated as the center of many Southside neighborhood celebrations for over 65 summers. True to the style of the time, it has a very short shallow area and drops quickly to a depth of 12 feet, leaving little room for youngsters to play and only the concrete edge for some swimmers to hold onto as they tread water.

Following multiple consecutive years of significant repairs, a 2016 professional assessment of the nearby pool found its infrastructure deficient with major leaks and failing underground pipes. The investigation concluded repairs and renovations will no longer extend the useful life of the facility. The pool has not reopened. For more information on Walton Street Park enhancements, visit its project page.

Asheville Parks & Recreation has rented space at the YWCA of Asheville to offer free swimming in the neighborhood since that time. The department also provides free transportation via ART buses to other city pools for neighborhood residents. However, neighborhood kids and families have requested a modern swimming pool with a larger deck area to accommodate more programming and fun activities with increased visibility at the heart of the neighborhood next to the Grant Southside Center.

In 2019, Asheville City Council authorized an amendment to the design contract to include a new outdoor pool at the Grant Southside Center. Careful consideration was given to ensure the pool remains a space for residents of all ages from the surrounding neighborhoods. 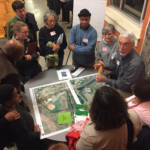 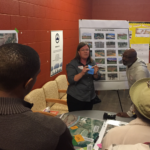 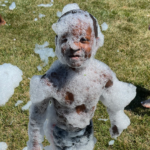 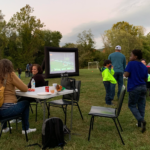 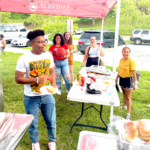 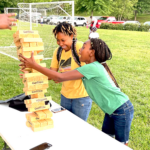 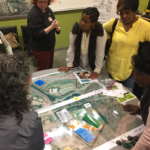 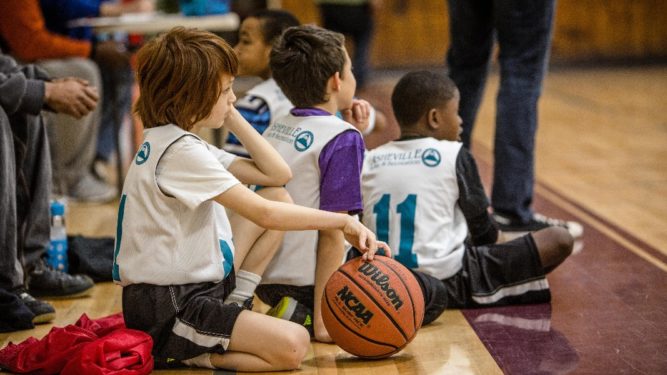 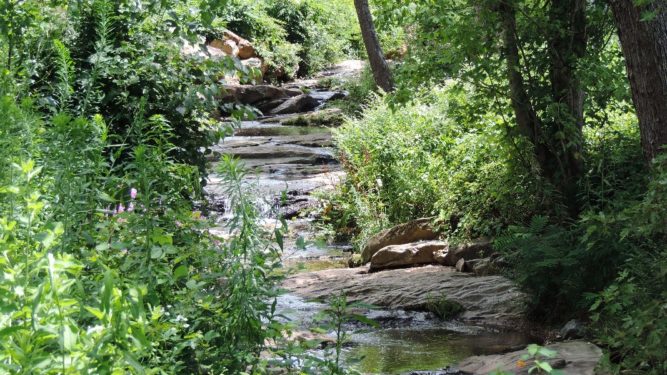 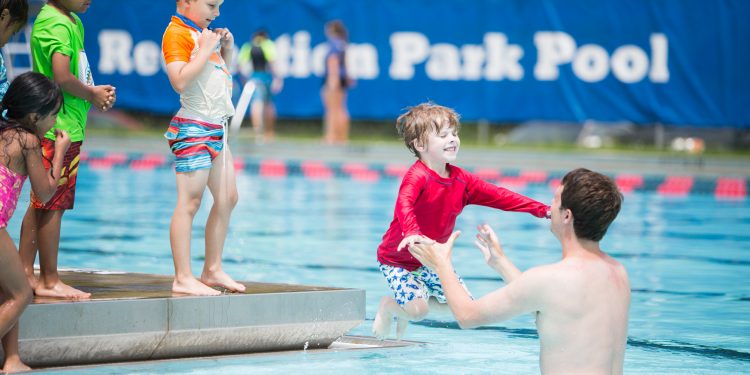 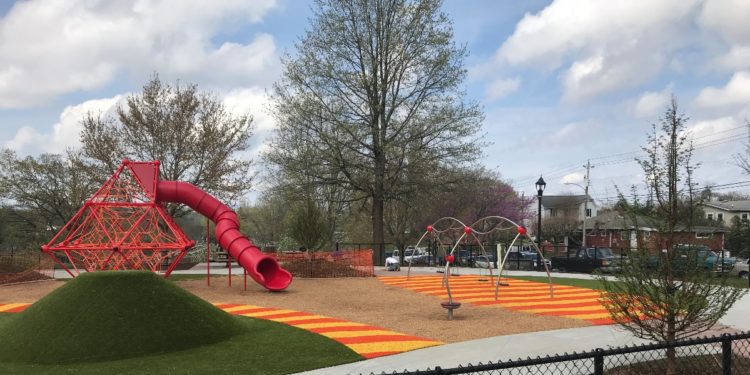 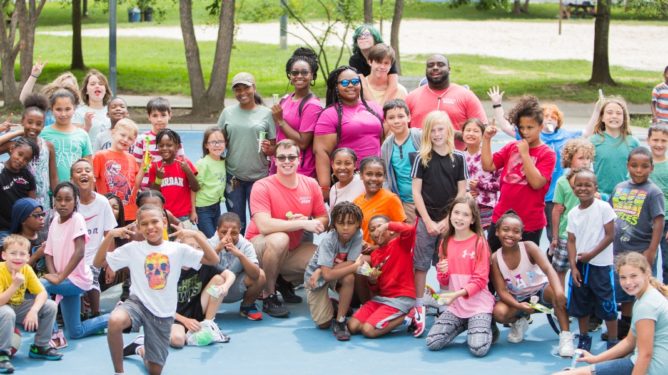 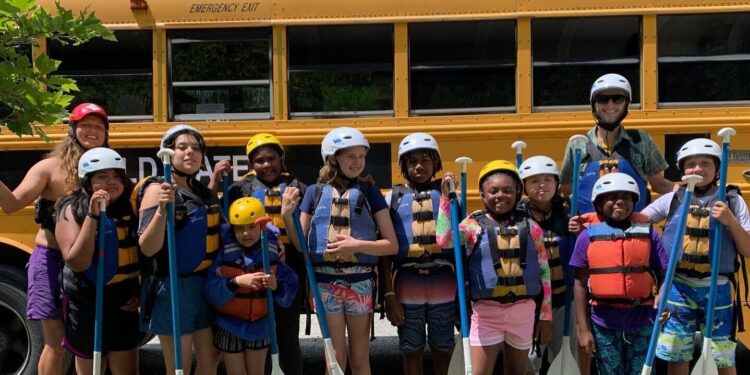