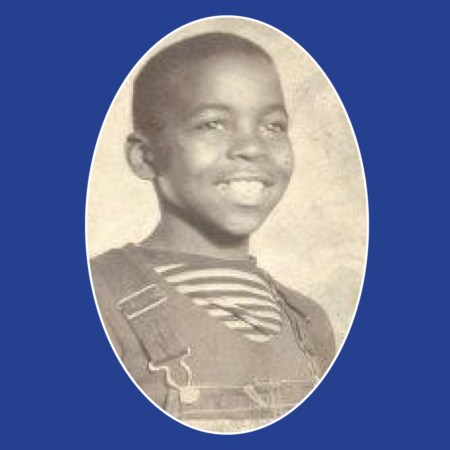 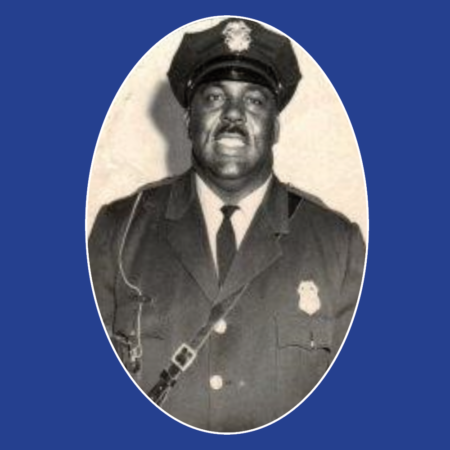 Well known as “Watt Daddy,” Herbert J. Watts was an Asheville native born in 1937. A member of the Stephens-Lee Class of 1955, Watt Daddy was a gifted athlete and a member of the school’s sports hall of fame. After high school, he attended Fayetteville State University before returning to Asheville and beginning a long career with the Asheville Police Department.

During his tenure with the department, Watt Daddy advocated for kids and teens through initiatives including Just Say No programs, Santa Pal, Boys and Girls Club, YMCA Youth Services, and the Asheville Police Boys and Girls Camp for At Risk Youth. He also had a soft spot for the elderly, delivering holiday food boxes for many years. In 1993, Watts was elected to Asheville City Council.

A public servant for most of his life, Watt Daddy was also a substitute teacher at the Juvenile Crisis and Assessment Center, chair of the Buncombe County Health and Human Services Board, and a member of the local NAACP, Carlton Club, Optimist Club, and advisory boards for the City of Asheville. He received numerous awards and recognitions from the community leaving a legacy of mountain spirit and integrity.

The Herb Watts Foundation helped develop his namesake park on Erskine Street. Featuring grills, picnic tables, and a recently-renovated playground, the vibrant space is a welcoming spot for people of all ages to connect in the Southside neighborhood. 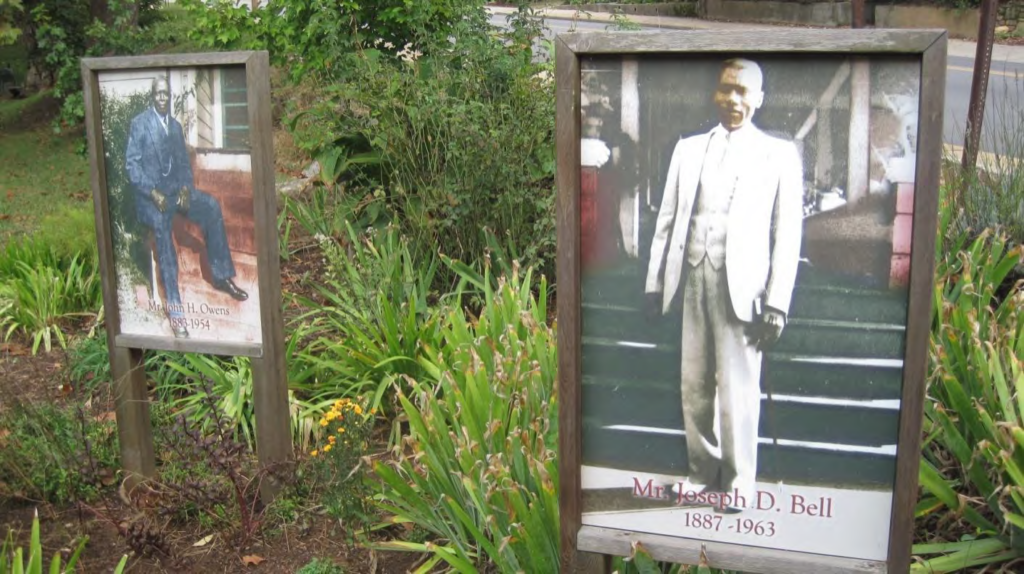 Owens established a combination grocery store and barber shop in 1919 and owned other property along Clingman Avenue. Fondly remembered as a leader to many young men in the neighborhood, Bell often talked to them about the importance of education and the pursuit of careers. Dedicated on September 4, 2006, the park thrives off its connection to the community with neighbors helping with its development and maintenance.

Portraits of Owens and Bell are set in the WECAN Sunny Cultural Garden at the park named after them. 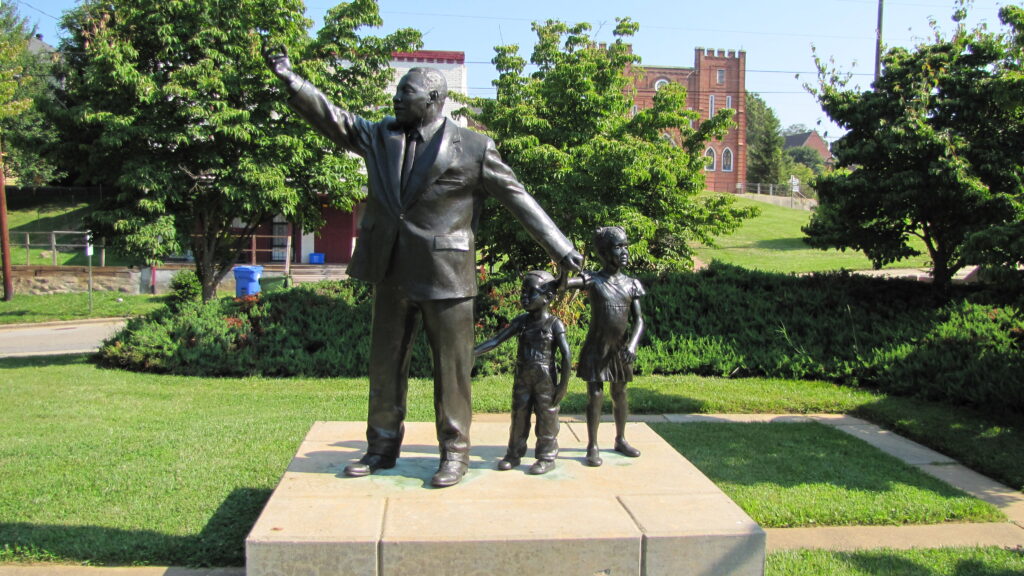 Nestled at the intersection of downtown and the East End/Valley Street neighborhood, Dr. Martin Luther King, Jr. Park opened in 1989. The Dr. Martin Luther King Jr. Association of Asheville and Buncombe County was instrumental in the creation of this space with a ballfield and playground that still serve as the backdrop for many community gatherings. In 1997, the group raised more than $30,000 to erect the unique life-size bronze statue that is the centerpiece of the gateway to the park.

A civil rights icon, King fought for justice through peaceful protests and delivered some of America’s most iconic speeches. His leadership had a profound effect on the national conversation to counter prejudice and opened doors that had long been closed to Black Americans.

His brilliance was noted early, as he was accepted into Morehouse College at age 15. In 1955, he helped lead the Montgomery bus boycott following Rosa Parks’ refusal to give up her seat on a city bus to a white passenger. King’s prominent and outspoken role in the boycott transformed him into a national figure and the best-known spokesperson of the civil rights movement.

In 1964, King was awarded the Nobel Peace Prize and his legendary “I Have a Dream” and “I’ve Been to the Mountaintop” speeches continue to have a lasting influence. Most of the rights he organized protests around were successfully enacted into law with the passage of the Civil Rights Act of 1964 and the 1965 Voting Rights Act.

Turmoil followed his murder in 1968, leading many to wonder if the dream he spoke of so eloquently had died with him. However, young people around the world still learn about King’s life and legacy – and his vision of equality, justice, and a better tomorrow for all. 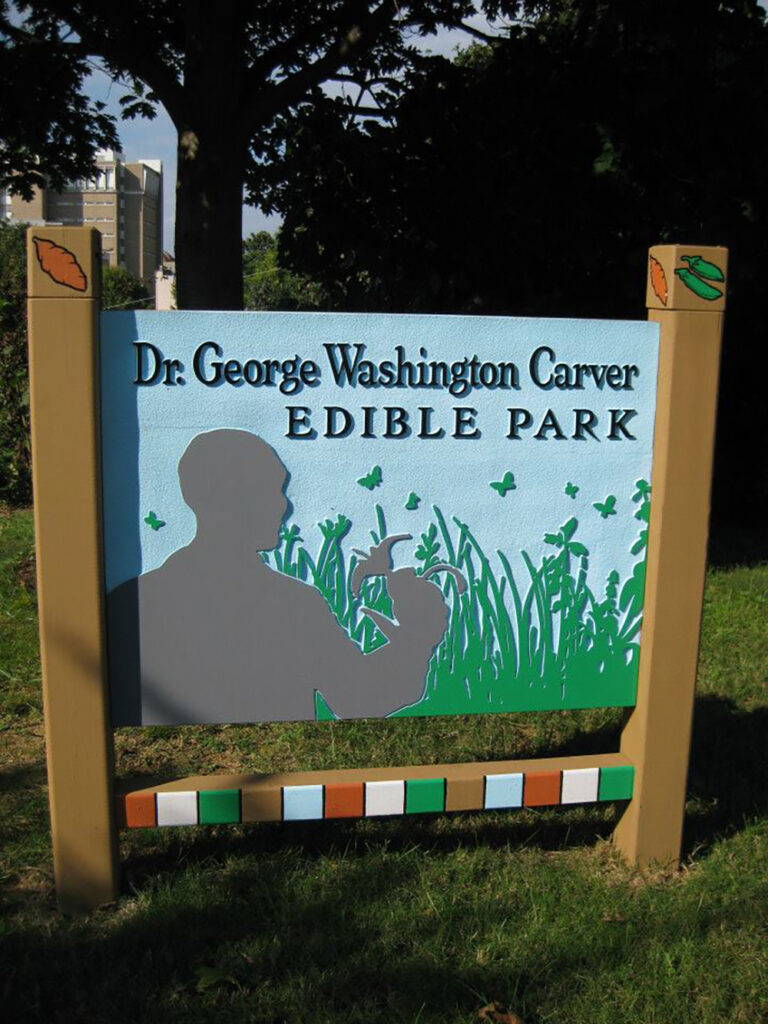 The nation’s first edible park has been recognized in The Smithsonian, New York Times and multiple scientific articles about food security. With over 40 varieties of fruit and nut trees, a butterfly habitat, and a community garden, many volunteers have helped maintain the park and forest since it was developed at Stephens-Lee Community Center in 1997. Originally called Stephens-Lee Edible Park, Asheville native and Stephens-Lee alumna Lady Gloria Free successfully advocated to change the name to Dr. George Washington Carver Edible Park in 2000.

Carver was an agricultural scientist and inventor who developed hundreds of products. Born into slavery a year before it was outlawed, he was the first Black American to earn a Bachelor of Science degree, followed by a master’s degree from Iowa State University. He would go on to teach and conduct research at Tuskegee University for the rest of his life. His childhood home in Missouri was named a national monument soon after his death in 1943, the first of its kind to honor a Black person.

Carver introduced the idea of crop rotation, growing nitrogen-fixing plants like peanuts, soybeans, and sweet potatoes to restore nutrients to soil depleted by years of growing cotton. Although the result was high yields of cotton, a surplus of peanuts and other non-cotton products led to the Carver’s development of more than 300 food, industrial, and commercial products from peanuts including milk, Worcestershire sauce, punches, writing inks, cooking oils, salad oils, paper, cosmetics, soaps, and wood stains. He also experimented with peanut-based medicines, such as antiseptics, laxatives, and goiter medications.

Volunteer work and learn days take place at the edible park on the fourth Friday of each month. Advance registration is available. In the Garden, a new adult coloring book, features the park alongside nine other local community gardens.