Southside residents and regular Walton Street Park visitors are invited to a free pancake breakfast to share thoughts on design preferences for the park’s facelift. Asheville Parks & Recreation (APR) team members will be on hand with surveys and information during Flapjacks & Feedback on Saturday, November 12, from 10:30 a.m. until noon at Dr. Wesley Grant Sr. Southside Community Center (285 Livingston St.).

“After asking the neighborhood over the past several months to rank their priorities for upgrades to Walton Street Park’s recreation amenities, we’re moving into the design phase of this exciting project,” according to Alic Wynn, Grant Southside Center Facility Supervisor. “The park has a rich history and remains a valuable asset for Southside. By providing feedback, APR can design a park that meets the modern needs of families and community members, but retains the personality of the neighborhood and celebrates its vibrant legacy.” 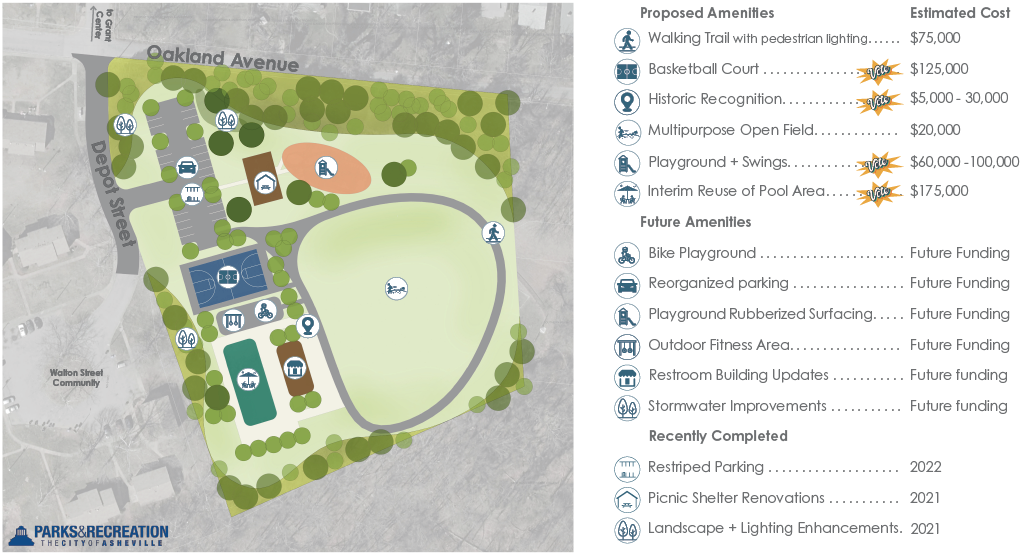 Walton Street Park opened in 1939 during an era of government-sanctioned segregation. For years, it was one of the only public recreation spaces for Asheville’s Black families. During its regular meeting on October 25, Asheville City Council unanimously adopted an ordinance designating Walton Street Park and Pool as Buncombe County’s 50th Local Historic Landmark. The Preservation Society of Asheville and Buncombe County also continues to pursue adding the park to the National Register of Historic Places. 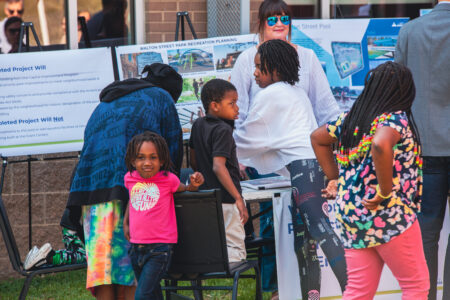 From April to September, the City of Asheville surveyed Southside residents and others with significant connections to Walton Street Park about how to best invest $500,000 to enhance the space and highlight the significance of the park and pool. Based on that feedback, proposed improvements include:

A second survey is available at Grant Southside Center and online through November 15. It allows community members to vote on preferences for historic recognition, playground theme, court style, and interim reuse of the pool and pool house. Take the survey now.

APR hopes to present a design to the public in December or January.

For updates and background on Walton Street Park, visit its project page on the City’s website. If you are unable to attend Flapjacks & Feedback, you may still share thoughts about the park with Alic Wynn at (828) 259-5483 or awynn@ashevillenc.gov.