The City of Asheville’s Transportation Bond project will be engineering and constructing the following section of the Swannanoa River Greenway.  We chose this portion of the greenway because it is an entirely off-road portion of the study area.  This means the City will need to wait to partner with the NCDOT during their road improvements along Swannanoa River Road.  Their timeline is currently estimated to be 2029 or later. 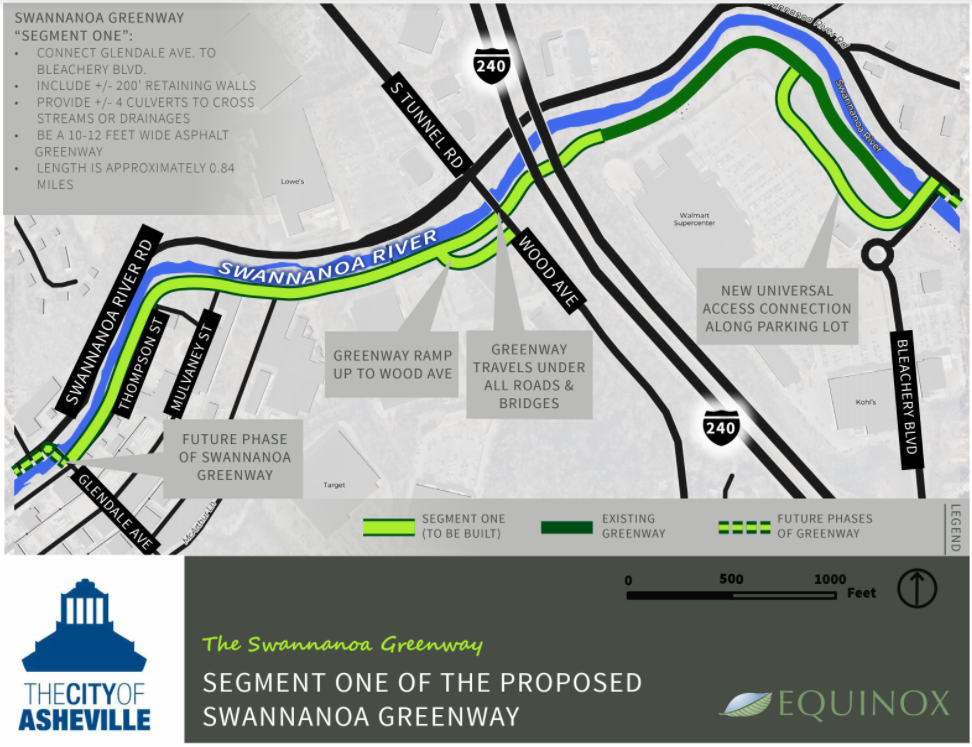 The City of Asheville conducted two studies on different segments of the Swannanoa River Greenway.

Swannanoa River Greenway Phase 1 was a feasibility study and greenway corridor design on the eastern of the greenway from the eastern end of Thompson Street and Glendale Avenue, to the City of Asheville’s park complex with the Nature Center, the Recreation Park and the JB Lewis Soccer Fields.

Swannanoa River Greenway Phase 2 was a corridor study, funded through the NCDOTs Bike and Pedestrian Mini-Grant Program for the section of the greenway that starts at Biltmore Avenue and ends at the end of Thompson Street at Glendale Ave. This was a planning study that did not include engineering and design in the scope of work.

It is estimated the construction of the first phase of the Swannanoa River Greenway will begin in 2022. This timeline will be updated when pertinent information is determined. 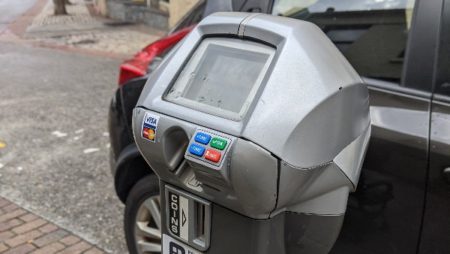 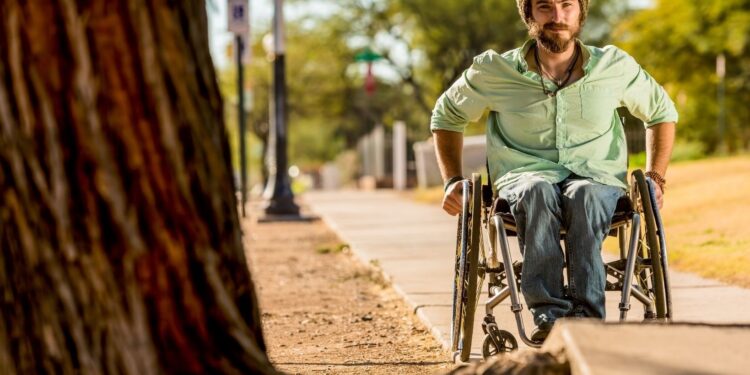 Residents invited to virtual meetings on Asheville greenway and pedestrian master plans this week; survey to open too
Posted on August 23, 2021September 8, 2021 by Polly McDaniel

The City of Asheville’s Transportation Department is working on updates to the Greenway and Pedestrian Master Plans plus creating an ADA Plan for Public Rights of Way (i.e. streets and sidewalks).  The planning process is at an intermediate point in the process.  The initial assessments and public input is complete and a draft plan is [...] 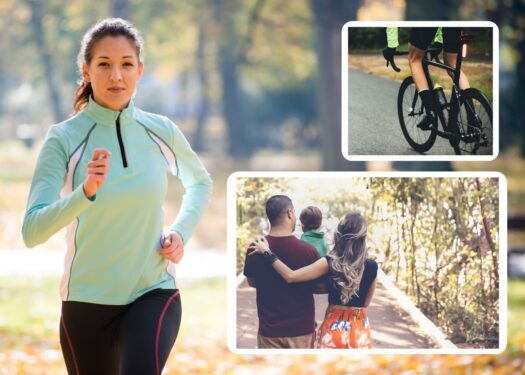 Construction for the French Broad River West Greenway is under way! This greenway will extend from the southern end of the French Broad River Park near the dog park to the existing greenway under the Haywood Road bridge.  Current activities include surveying, soil and sedimentation protection and preliminary grading. Part of the preliminary grading work includes [...] 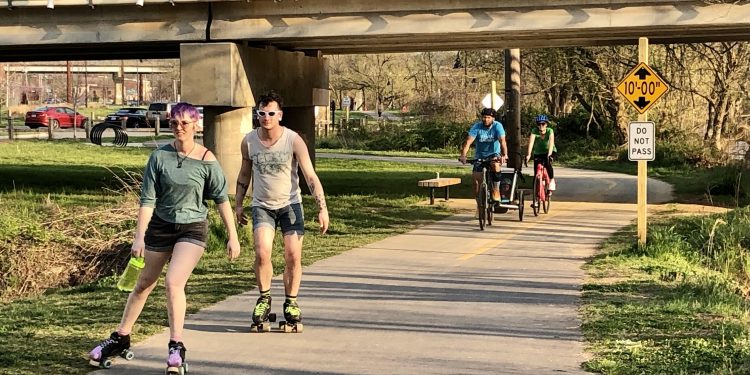 Spring is here and the City of Asheville’s largest piece of riverfront construction — the River Arts District Transportation Improvement Project (RADTIP) — is just about complete. It’s time to celebrate the past 10+ years of work that our community’s artists, businesses, nonprofit organizations and public institutions have done to transform this section of the [...]