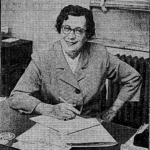 Augusta Barnett was a native of Asheville and served its citizens for 43 years. She worked as a physical education teacher at Lee Edwards High School (now Asheville High) from 1928 to 1956. After serving in a seasonal capacity with the City of Asheville Public Works Department’s division of parks and playgrounds as playground leader, pool manager, and playground supervisor since 1937, she was promoted to the year-round, part-time position of Recreation Supervisor of the department in 1944. After 12 years in a dual capacity at Lee Edwards and Public Works, she was named the first Director of Asheville Parks & Recreation in 1956, a position she held until 1971.

Barnett was the first woman to serve as a department head with the City of Asheville and one of the first to lead a parks and recreation department in North Carolina. Under her leadership, Asheville Parks & Recreation was responsible for summer playgrounds (now known as summer camps), school centers, city-wide special events, community centers, sports courts and ballfields, swimming pools, the Amusement Park and Zoo (now Recreation Park and WNC Nature Center), Asheville Municipal Golf Course, and annual partnerships with Asheville Art Museum, Colburn Mineral Museum (now Asheville Museum of Science), and Thomas Wolfe Memorial.

She said her hobbies, aside from reading and sports, were making it possible for others to enjoy theirs. A park next to West Asheville Community Center is named in her honor. Fittingly, it includes a basketball court and a popular neighborhood playground renovated as part of the 2016 parks and recreation bond referendum. 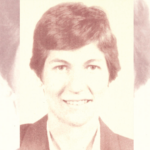 Like Barnett, Ann Patton Joyce made a lasting impact as an Asheville Parks & Recreation team member. She held several different positions with the department from 1980 to 1991, best known for her work in creation of the After School Program and formation of Asheville-Buncombe Senior Games. Although talented in many areas, her first loves were people and recreation.

A native of Morganton, she taught swimming lessons and was a lifeguard in high school. While pursuing her interest in recreation, she served as an intern with Morganton Parks & Recreation while earning her degree from UNC Chapel Hill. After graduation, she first worked for Durham Parks & Recreation helping to provide opportunities for community members with visual impairments and developmental disabilities. It was at Edison Johnson Recreation Center that she met her husband, Jeff, like her a passionate believer in the positive impact recreation can have on individual lives. Later, both worked as community center directors for Asheville Parks & Recreation.

After a fight with cancer, she passed away in 1991. Following a request from the Beverly Hills neighborhood, Ann Patton Joyce Park was dedicated in 1993 in an area adjacent to the home she shared with Jeff and their two sons. The natural park features benches, mountain laurel, wild flowers, a stream, and maple, oak, sourwood, and dogwood trees.

(Special thanks to Jeff Joyce for photos and biographical information.) 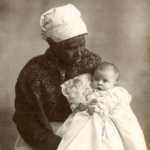 Tempie Avery was purchased in Charleston in 1840 by Nicholas Woodfin. During her time on his plantation, she became a midwife delivering both Black and white babies in the Asheville area. After the Civil War, Woodfin deeded an acre of land on Pearson Drive to Avery. Prior to the expansion of Montford beyond West Chestnut Street, the area adjacent to Avery’s property was a thriving Black neighborhood known as Stumptown. Following her emancipation, the widow used her skills as a nurse and midwife to support herself and her children. She passed away in 1917. Estimations of her age range from 90 to 107.

Newspaper clippings during and after her lifetime show Avery was a beloved local figure. An 1914 article from The Asheville Citizen recounts, “She seemed to brighten up at the prospect of telling about the incidents of her life, and it was only necessary to ask a new question every little while to reopen the floodgates of her memory. She stated that she reckoned her age by the first falling of the stars, which occurred in the first few years of the nineteenth century, and told many incidents of her early childhood.”

When it opened in 1974, Montford Recreation Center was only the first facility ever built by Asheville Parks & Recreation designed exclusively for recreational and cultural programming (rather than converting an existing building). In 2017, Asheville City Council unanimously approved renaming the center to Tempie Avery Montford Community Center. A series of bond-funded improvements were completed in 2019. 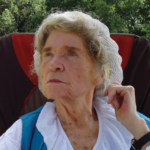 Known as the matriarch of Asheville’s theater scene, Hazel Robinson was born in Mississippi in 1926 and spent her childhood moving with her family around western North Carolina. While attending UNC Chapel Hill, she was active in the school’s legendary Playmakers company. She moved back to Asheville with her husband John in 1957 and worked at Tanglewood Children’s Theater and Asheville Community Theater, becoming its technical director from 1963 or 1964 until 1972. A year later, she and her husband founded Montford Park Players. She directed, designed costumes, and managed nearly every aspect of the operation.

In 1983, the Shakespearean theater company moved from its namesake park into an amphitheater constructed by the City of Asheville between Tempie Avery Montford Community Center and Riverside Cemetery. In honor of Asheville’s 200th anniversary and Montford Park Players’ 25th season, City Council unanimously approved renaming the performing space Hazel Robinson Amphitheater in 1997.

Robinson passed away in 2016, but the theater company remains. Montford Park Players is the longest-running Shakespeare festival in North Carolina and annually records the third highest attendance of any outdoor theater in the state, behind The Lost Colony and Unto These Hills. 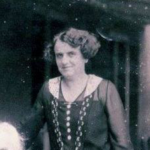 Born in 1885 to Marie and Casemier Arcouet, Leah Chiles’ father was an artist who created works in Central Park and helped make the Statue of Liberty’s hands. She continued her family’s legacy as a concert pianist, sculptor, and accomplished artist. After moving to Asheville, she operated an art store on Pack Square.

Chiles and her husband, Jake, founded and developed the town of Kenilworth in the 1920s. She was also a businesswoman, real estate agent, and home designer, continuing the Kenilworth Development Corporation after the death of her husband in 1925. Additionally, she founded Kenilworth Galleries.

In 1928, Chiles became the first woman elected mayor of a town in western North Carolina and one of the first in the state. Following the stock market crash of 1929, Asheville tapped Kenilworth and other surrounding communities for annexation to help stabilize the City’s debt. As mayor of the town, she stood up for the rights of residents by boldly demanding a vote before agreeing to annexation by the City of Asheville.

In 2018, City Council unanimously approved renaming Lakewood Park to Leah Chiles Park and placed an historical marker on site to commemorate her fascinating legacy. The land for the park was donated to the town of Kenilworth in 1924 and is located directly across the street from the historic James Madison Chiles and Leah Arcouet Chiles House.

(Special thanks to Kevin Broadwater and James Vaughn for photos and biographical information.)