The Asheville Police Department, in partnership with the Asheville Alcoholic Board of Control (ABC), kicked off the “Sober Hero” campaign on October 10 at the Oktoberfest event in downtown Asheville.

Rather than promoting the designated driver, this campaign promotes the sober driver – that is someone who has a system free of all drugs and alcohol. The idea behind the campaign was developed by Sgt. Ann Fowler and is the first of its kind in the nation.

The Asheville Police Department has partnered with the Asheville Downtown Association and will have a booth at the Oktoberfest event. Law enforcement officers will present at the event and will be handing out cups and wrist bands denoting the sober hero in your group, as well as providing important information on the campaign.

The campaign, whose slogan is “We Mustache You to Drive Sober”, encourages groups attending festivals or friends enjoying a night on the town to always have a sober driver. If a sober driver isn’t available you are encouraged to seek alternative transportation – call a buddy, ride the bus, take a cab or app your ride.

In 2014, the Asheville-Buncombe DWI Task Force had 529 arrests for driving under the influence of drugs or alcohol. As of September 1, 2015, there have been 359 DWI arrests.

The kickoff
The Sober Hero campaign kicked off at Oktoberfest Oct. 10 in downtown Asheville. Officers from the Asheville Buncombe DWI Task Force were there having conversations about what it means to drive impaired and the importance of having a Sober Hero.
Officers also offered our field Intoximeters FST Alco to test where individual alcohol levels were. Before administering the test we asked each of the 45 participants the same question: “If you were out with friend on any other night, with the way you feel right now, would you drive home?”
Here are the results: 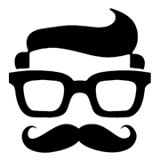