Work is well under way for the Jan. 5 roll out of new ART transit system improvements following a $1.2 million increase in funds approved by the City Council for the Fiscal Year 2020 budget back in July.  Following the Council approval, City transit staff and ART staff went to work preparing for the nearly 25% increase to service, that also includes new route schedules intended to increase reliability and on-time performance.

The new service upgrades include many of the recommendations included in the first year of the Transit Master Plan, a 10-year transit improvement plan adopted in July 2017. The goals:

As an additional way to celebrate the new service increase, the transit system has been given a new, slightly different, name:  Asheville Rides Transit.

“Previously, ART stood for “Asheville Redefines Transit,” said Jessica Morriss, Assistant Director of the City’s Transportation Department.  But the word “Redefines” never really made sense and was a little confusing to people. We felt that taking a simpler approach and changing the “R” to “Rides” would be more straightforward and still allow us to keep the same branding and logo.  In fact, many people already thought the “R” meant “Rides.”

Look for specifics on the route improvements in November and December, closer to the Jan. 5 rollout. New system maps schedule  brochures will be printed and the Transit website will be updated.

And riders will have a completed renovated ART Station downtown to look forward to in 2020 as well. Thank you to everyone for your patience during this renovation.

We’re pretty excited about these improvements for you, our valued riders! We’re here to serve you. Let’s get rolling! 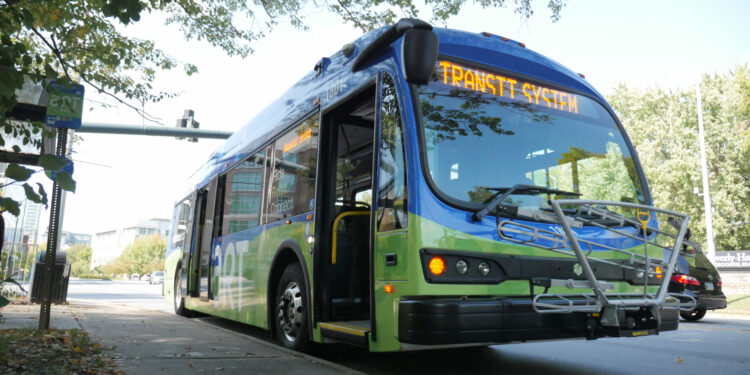