Eat, drink, be merry — and safe this Thanksgiving. It’s a top day for family gatherings and home fires. 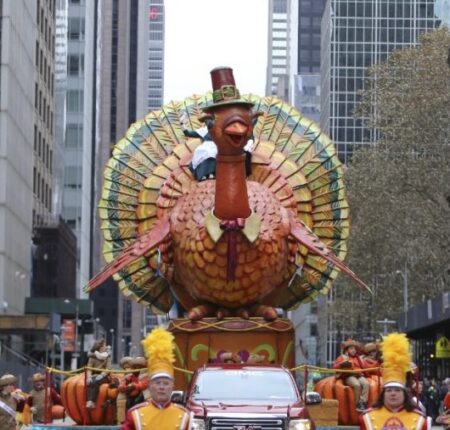 Macy’s Thanksgiving Day Parade runs from 9 a.m. to noon. Available on NBC, on NBC’s website or on the NBC app. Last year NBC partnered with Verizon to stream the parade for free on YouTube. NBC hasn’t confirmed if that will happen again for 2021, so stay tuned in case that option becomes available.

This year’s parade will reportedly feature a 41-foot tall Baby Yoda balloon (AKA Grogu from The Mandalorian). There will also be a new Pokémon-themed balloon featuring Pikachu and Eevee riding on a sleigh.

USDA food safety tips for Thanksgiving. Hint: Use a food thermometer to ensure your turkey is safe to eat. The recommended internal temperature is 165 degrees.