With some 180 working artist studios in a formerly industrial district, Asheville’s River Arts District blooms with unique flavor. While that growth has been a vibrant part of Asheville’s allure to locals and tourists alike, it comes with its own challenges.

How can the River Arts District, or RAD, evolve in a way that preserves its character and yet incorporates thoughtful urban planning?

Some 60 residents attended a form-based code project kickoff meeting at the Dr. Wesley Grant Sr. Southside Center June 17. Lee Einsweiler of Code Studio led the group through a presentation demonstrating how form-based code can be used to enhance communities challenged by change and growth. Maps of the River Arts District were posted in the lobby and City staff were on hand to talk to residents about their interests and concerns.

“We’re hearing common agreement that people want to preserve the unique character, the funkiness of the area,” said City Planner Sasha Vrtunski, who is the lead manager on this project. “Retaining affordable artist workspace is another big item we heard about.”

RAD-area builder Bill MacCurdy was among participants at the kickoff meeting. “As a property owner I have a vested interest in what happens to the River Art District,” he said. MacCurdy spoke animatedly with the consultant and City staff at the kickoff meeting. “To a great extent this form-based code will have an effect on the people interested in the neighborhood and what type of houses I will design to meet their needs;  for example, parking places, on street or off, home offices and home studios,” he said.

The RAD form-based code kickoff meeting was only a first step in a months-long process. City staff are urging everyone interested in this neighborhood to mark July 25-29 on their calendars. That’s when the consultant and the City will hold a series of workshops, informational meetings and charrettes to gather and share ideas on ways to enhance the River Arts District.

All events are open to the public. Here’s the Charrette Week schedule and description of workshops.

“We’re interested in your feedback, especially during the charrette week when the whole team is here,” Einsweiler of Code Studio said during his presentation.

Several websites and a Facebook page offer resources to residents who want to stay involved in the process and learn more about it.

Einsweiler told people at the kickoff meeting that form-based code is a tool that can be used to preserve and enhance neighborhoods. The City of Asheville used the form-based code process in its planning of West Asheville’s Haywood Road last year. That plan was adopted by City Council. Read about it here

Ultimately City Council will vote to adopt a form-based code for the River Arts District in spring 2016. Before the plan gets to city leaders, the consultant and staff will digest feedback from the charrette week.

The River Arts District has unique aspects to consider in this planning. Some of the challenges highlighted by Einsweiler:

We urge RAD residents and stakeholders to stay involved in this process. We hope to see you during the charrette week. In the meantime, if you have questions, contact City Planner Sasha Vrtunski at svrtunski@ashevillenc.gov or 828-259-5560. 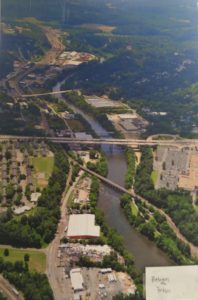