Asheville Office of Equity and Inclusion

What have we been taught about Indigenous history? As a child, I learned,  “In 1492, Columbus sailed the ocean blue” and accidentally “discovered” America — completely erasing the fact Ingenious Peoples were already living on this land. I also learned that he was a hero. What I did not learn was that he brought disease, slavery, and violence. In November, many of us prepare to participate in Thanksgiving. We are given a version of history about a peaceful Thanksgiving in which the “Indians” and the pilgrims broke bread together. We do not hear about the violent and political struggles of the Wampanoags in long dealings with the European colonizers.

That is the word that comes to mind when I think about how this country has treated and currently treats Indigenous Peoples. In our history we erase the violence of genocide, colonization, and forced assimilation. In the current pandemic, research has erased the impact of COVID-19 on Indigenous Peoples. Indigenous Peoples are also often erased in the Census, which is an important tool for allocating resources and gaining representation. 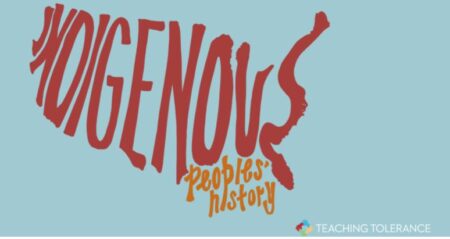 Although the acknowledgement of Indigenous erasure is the bare minimum, we have to start somewhere. We can start by acknowledging whose land we are on. In Asheville, we occupy the land of the Eastern Band of Cherokee Indians. In North Carolina, there are eight historic tribes that include: Coharie, Eastern Band of Cherokee, Haliwa Saponi, Lumbee, Meherrin, Occaneechi Band of Saponi, Sappony, and Waccamaw-Siouan. Something else we can do is get curious. What else is being erased? What other stories are we not hearing? Who owns the narrative? Who controls the narrative? What is the narrative? Why?

The history and contributions of Indigenous Peoples should be recognized and celebrated everyday. We can do better. Let’s do better.

Nia Davis attended the University of North Carolina at Chapel Hill and earned her Bachelors of Science in Psychology and then went on to receive her Masters in Social Work with a concentration in Community, Organizing, and Social Action from the University of Pittsburgh. She serves as the Human Relations Analyst in the City of Asheville’s  Office of Equity and Inclusion.