The City of Asheville Parks and Recreation Department will host the second public meeting in a series of participation opportunities to gain public feedback in the development of the Linwood Crump Shiloh Center Master Plan, 121 Shiloh Road, Asheville.

At a public meeting in July, comment was taken on the facility and programs in preparation to develop a concept master plan for the recreation center. At this second meeting the public is invited to make comment on a concept drawing of the master plan.

Check out the plan, give your input

About the Shiloh Center

The center is the former Shiloh Elementary School. The City of Asheville acquired the property in a lease agreement in 1977 with Buncombe County Schools to be used as a public recreation center, and later purchased it in 1997. Over the years the city made improvements to the center and surrounding park including the addition of a gymnasium and playground; improvements to the ball field, parking and lighting; added an outdoor patio and walking trail, and replaced the roof. The gymnasium constructed in the mid-1970s was recently renovated to bring it up to the standards of a modern public gym.

Where to get more information 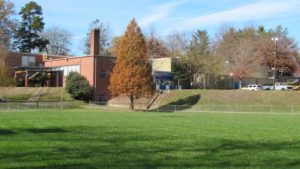