One-stop portal: Press releases, graphics and documents related to APD excessive use of force investigation in one place
Posted on April 24, 2018March 13, 2019 by Polly McDaniel

The City of Asheville has gathered all press releases, graphics and documents related to a former Asheville Police officer excessive use of force investigation into this portal on the City of Asheville website. The information relates to an use of excessive force against Johnnie Jermaine Rush by former Officer Christopher Hickman in August 2017. See the links [...] 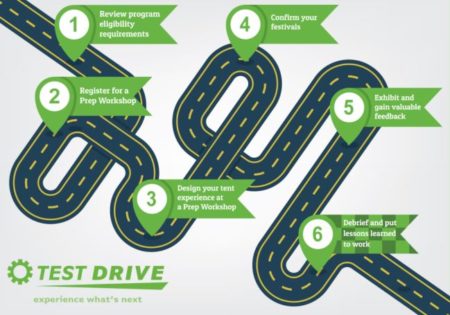 Have an idea for a small business but not sure how buyers would embrace it? A new program in partnership with Mountain BizWorks and the City of Asheville gives people an opportunity to test their ideas in a low-risk environment. It’s called Test Drive and here’s how it works. This innovative partnership gives fledgling businesses the [...] 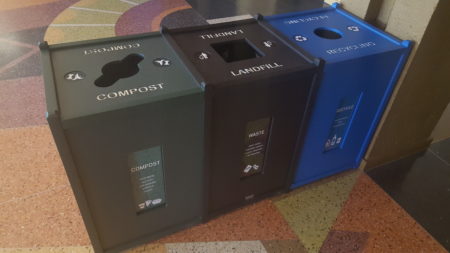 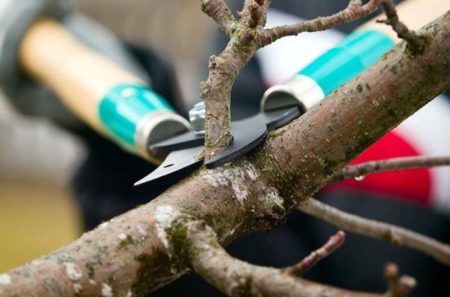 Ready to get out those pruners or a chain saw for some spring yard cleanup? Not so fast.   If you operate a business or live in a steep slope area or an historic district, the City of Asheville has special rules for tree pruning and removal. First of all, you will need a permit. (Find information [...]

Above, left to right: Community engagement at the painting of the Triangle Park Mural; Urban Trail marker celebrates the craftsmanship of master mason James Vester Miller; and celebrants at the Goombay Festival.   Please note deadline extension: 5 p.m. May 4.   The City of Asheville’s Public Art and Cultural Commission is excited to announce a call for entries to support [...] 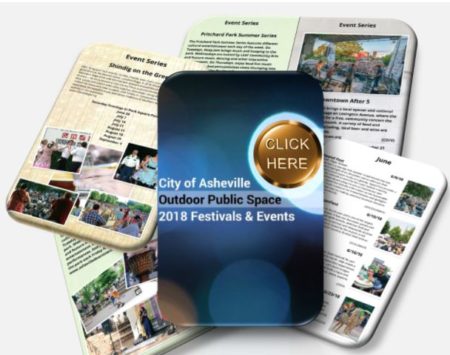 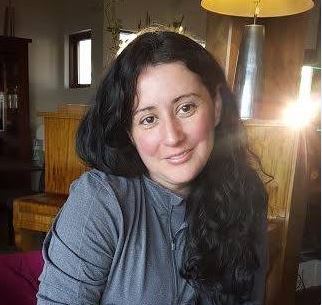 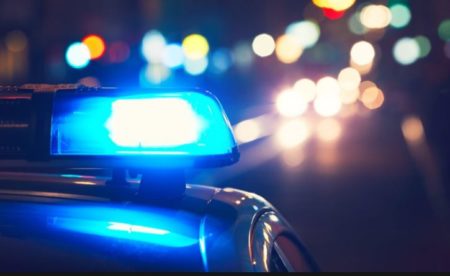 Former Asheville Police officer Christopher Hickman was taken into custody the evening of March 8, 2018, and charged with Assault by Strangulation, Assault Inflicting Serious Injury and Communicating Threats for actions during the August 24, 2017, excessive use of force incident against Johnnie Rush.   Christopher William Hickman   Here is the press release from the Buncombe County [...] 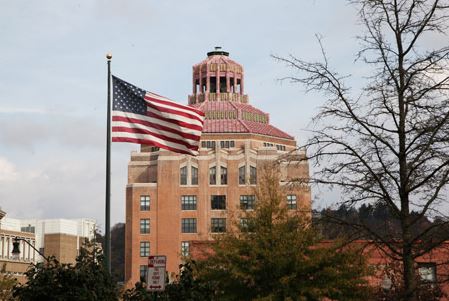 The City of Asheville filed a petition today under N.C. General Statute § 132-1.4A, asking the Buncombe County Superior Court to order the release of additional body-worn camera recordings of Asheville Police Department officers relating to the August 2017 arrest of Johnnie Jermaine Rush. A copy of the petition can be found here: Petition of the [...] 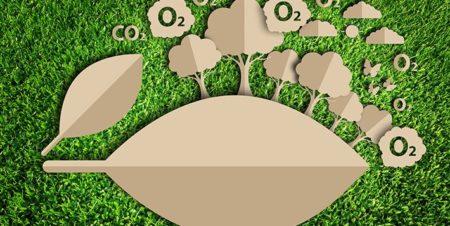 This week, Asheville Mayor Esther Manheimer joined more than 200 mayors from across the United States to express her support for the Clean Power Plan (CPP) — an essential public health protection and climate change solution that sets the first-ever federal limits on carbon pollution from power plants and helps cities transition to a [...] 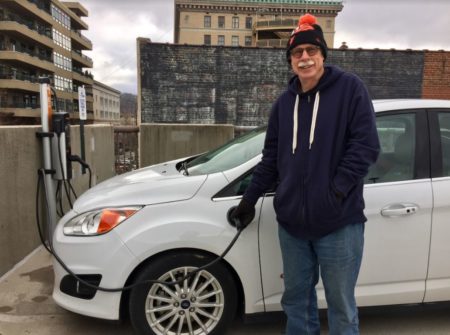 John Himmelheber of West Asheville charges his Ford C-Max energi hybrid at the top of the Wall Street Parking Garage. He said he is pleased to learn of its installation.     Need a jolt? If you park your electric vehicle at one of three City of Asheville parking garages you can charge your car while you are dining [...] 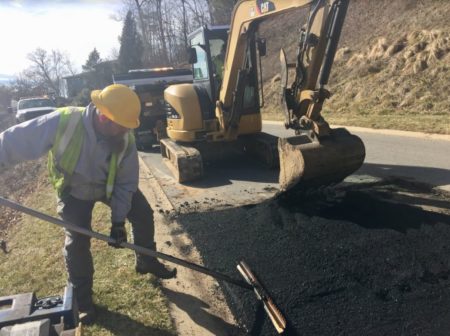 City of Asheville fixing winter-generated potholes; how to report one too!
Posted on February 7, 2018March 13, 2019 by Polly McDaniel

Asheville Public Works Supervisor Dennis Brank (operating the backhoe) rakes fresh asphalt into a pothole while crew member Mark Allen levels the material during a recent break in the winter weather. Klunk-klunk! The harsh winter weather has taken a toll on City of Asheville streets, producing a fresh crop of potholes. You may have encountered a few on your own street or [...]