This year’s Asheville-Buncombe Memorial Day Ceremony will be held as a virtual ceremony, because of the need for physical distance with the State of Emergency posed by the COVID-19 pandemic. The keynote speaker will be Anne Adkins, a Gold Star Mother who lost her son Matthew during his active duty in Iraq.

Expected to last about 40 minutes, the ceremony will serve in place of both the City and the State Veterans Cemetery in-person events. There will be no attendees other than the individuals with active roles in the program. The program will consist of the following:

The City of Asheville and Buncombe County encourage all residents to tune in to this virtual Memorial Day Ceremony in remembrance of the fallen, those who made the ultimate sacrifice in service to our country. 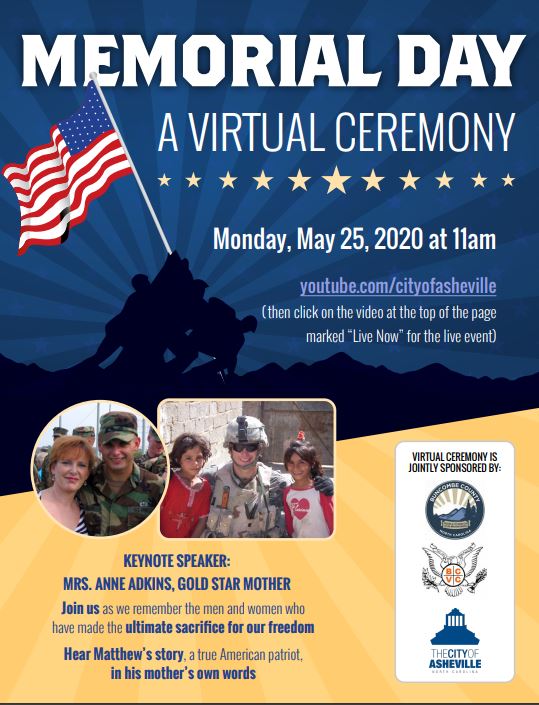