***UPDATE 8/16/21: After the vote for the sale of the property on Asheland Avenue was pulled from City Council’s agenda in February (see update below), the City has decided not to move forward with the project in this location. Since the property came into the City’s ownership through urban renewal, no sale or change of use will happen until a new policy on how to address City-owned urban renewal land is created with input from the Reparations Commission.***

***UPDATE 2/19/21: The City Council vote originally scheduled for February 23rd regarding the sale of the land to the Haywood Street Congregation has been pulled from the agenda. Please see the City’s press release for more information***

On February 23, 2021, Asheville City Council will hear Haywood Street Congregation’s proposal to build 42 permanently affordable apartments on a 1.09 acre, city-owned site located on Asheland Avenue in the South French Broad neighborhood. Council will be asked to vote on whether the City should enter into a contract to sell the land for $1.00 to Haywood Street Congregation for this affordable housing development.

Haywood Street Congregation’s proposal is to build a 42-unit apartment building with 24 one-bedroom, 12 two-bedroom, and 6 three-bedroom apartments, with an additional 5,500+/- square feet of community space. These apartments would be permanently affordable for people making 80% and below of the Area Median Income (AMI). This means that these units would always be affordable for those making lower incomes in our community in a way that matches up better with their incomes. For example, in year 2019/2020, an individual who lived alone making anything less than $37,200 per year would be eligible to live at this property at a reduced rent, and a family of four making anything less than $53,100 could also live there paying reduced rent. Twenty of the units will also be reserved for people making extremely low incomes ($9,300 or less per year for individuals). Priority would be given to Housing Choice Voucher holders.

Because building and maintaining affordable housing is expensive, the Haywood Street Congregation asks that the City invest in this project by selling the land to them for $1.00. Additionally, they are requesting $1 million from the City’s Housing Trust Fund. The Housing Trust Fund provides low-interest financing to developers and its purpose is to help develop more affordable housing in Asheville. The sale of the land for $1.00 and the Housing Trust Fund amount are being requested to help make the plan work financially, allowing the development to serve people who make low and very low incomes.

The Haywood Street Congregation’s plan went before the Housing and Community Development Committee on November 17, 2020. The committee voted 2-1 to recommend that City Council vote in favor of the proposal.

There are three upcoming City Council decisions that are required for this project to be approved:

The land sale of Asheland Avenue will come to City Council on February 23 for a vote.  If approved, the sale will be contingent upon the zoning approvals & financing for the full project. This means that a sale will not occur unless it has been fully financed and the zoning is fully approved.

Finding affordable housing is a serious problem in Asheville, especially for people who make the lowest incomes. In September 2019, City Council passed Policies for Implementing Affordable Housing on City-Owned Land. These policies direct the City to look at the land it owns and determine which properties could be used to build affordable housing. The policies also allow the City to sell property for as little as $1.00 to developers who meet strict requirements around building affordable housing, which is part of Haywood Street Congregation’s proposal.

The Haywood Street Congregation has been looking for land to build affordable housing in the Asheville area for several years. Their plan is based on their long history of close work with people living in poverty, especially Asheville’s homeless population. They want to build housing that’s affordable for people who make less than 60-80% of the Area Median Income (AMI). They’ve been talking to the City about finding land over the last few years. In order to develop affordable housing, the church has created a separate nonprofit organization, Haywood Street Community Development. This nonprofit would be the actual owner and the developer of the property.

The property on Asheland Avenue had been identified as a potential site for affordable housing in early 2019, and the Haywood Street Congregation became interested in developing it. After the City passed the Policies for Implementing Affordable Housing on City-owned Land, the Haywood Street Congregation submitted a concept to develop the Asheland site in November of 2019. Since then, the project has moved through different phases of negotiation and financing arrangements. 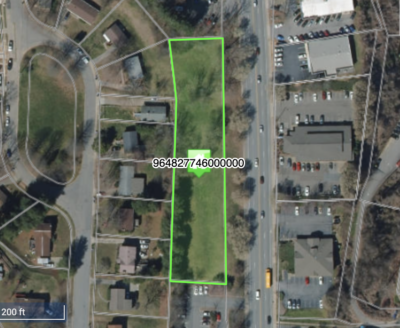 The property at Asheland Avenue is part of Asheville’s history of urban renewal (see definition below). Research shows that there were nine families who owned homes on the land that makes up the Asheland site. There was another parcel that was vacant and another that was church-owned, which might have been a residence for the pastor at Mt. Zion Missionary Baptist Church. In the 1970s, the City paid $126,747.06 when it took the land for urban renewal, which included payments to property owners and replacement housing assistance. Nothing was built on the site after the homes were demolished.

In October 2020, City Council passed Resolution 20-184, a “Resolution directing the City Manager to suspend the sale or change of zoning use of any City property acquired through urban renewal until further policy direction has been reviewed”. The resolution recognizes the harm that took place because of urban renewal and states that the City will not do anything with the land that it owns that it got from urban renewal until a policy is created with input from the future Reparations Commission. However, two sites were exempted from the resolution. Asheland was one of those properties because the proposal from Haywood Street Congregation was under review, with significant investment of time and resources on both sides.

This project has caused some concerns in the community as it sits at a complex intersection of Asheville’s need for affordable housing, the historical context of urban renewal, the number of affordable units already in the South French Broad Neighborhood, impacts of the site, and the community not feeling like it has been properly engaged in the process.

There are no easy answers here, but we do want to acknowledge these concerns and let the community know that there are upcoming opportunities to let the City and Haywood Street Congregation know what you think (see “Timeline” below, and check back on this page for additional upcoming opportunities to engage). We’ve also created a Frequently Asked Questions document that provides information on some of the issues.

January 7, 2021, 9:30 a.m.: Presentation to Affordable Housing Advisory Committee. Follow this link to watch a recording of the online meeting.

January 26, 2021, 3:00 p.m.: City Council Affordable Housing Work Session. The focus of this informational work session will be the City’s overall affordable housing strategy, including the development of housing on City-owned land. The work session is not open to public comment, and no City Council vote will be taken on any issue. You may watch it online on the City of Asheville Public Engagement Hub or YouTube.

February 23, 2021: City Council votes on the proposal to sell the land to Haywood Street Congregation for $1.00 for the development of permanent affordable housing. Visit this link to attend the online meeting and learn how to submit comments.

Staff Report to the Housing and Community Development Committee

Presentation to the Housing and Community Development Committee

AMI or Area Median Income: Every year, the Department of Housing & Urban Development (HUD) publishes a list of the area’s average incomes based on family size. It is used to help calculate what rents or home prices should be to be affordable to individuals and families making moderate and lower incomes in our area.

Housing Choice or Section 8 Vouchers: Rental Assistance vouchers help subsidize moderate and lower-income individuals and families to pay rent in our area and are issued by the Housing Authority of the City of Asheville (HACA) with the funding for the vouchers coming from the federal government.

Housing and Community Development Committee: This committee of 3 Council members helps to look at City policies, practices and projects related to affordable housing and homelessness.

Housing Trust Fund: A City fund that makes low-interest loans to both nonprofit and for-profit developers to build affordable housing in Asheville.

Planning and Zoning Commission: The Planning and Zoning Commission reviews all Level II and III development plans in the Central Business district, all Level III development projects (Conditional Zonings) and Conditional Use Permits for the rest of the city. The commission also reviews and makes recommendations on rezonings, long range plans, changes to the Unified Development Ordinance (UDO), and other planning policies.

Urban Renewal:  A Federal legislation and funding program based on the Housing Act of 1949 that was implemented by cities across America, including Asheville, between the 1950-1980s. Urban renewal’s stated goals were to take homes and buildings that were in poor condition, demolish them, and rebuild improved facilities and infrastructure in their place. In practice, this meant that cities disproportionately took property owned by people of color, especially Black people, displacing them, demolishing homes, and fracturing communities. At this specific property, the Urban Renewal program known as East Riverside resulted in several families being displaced in order to make way for a widened Asheland Avenue, new infrastructure, and a new street pattern in the neighborhood. 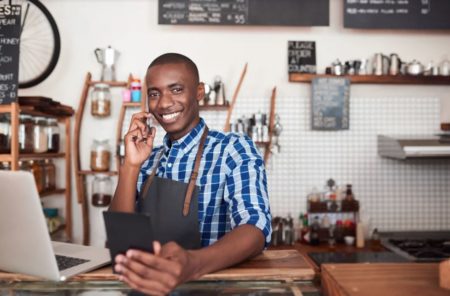 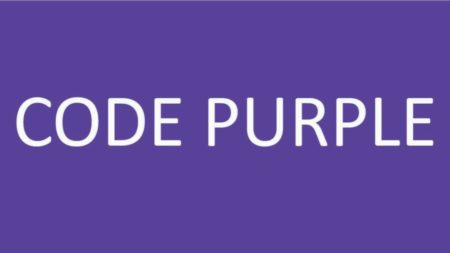 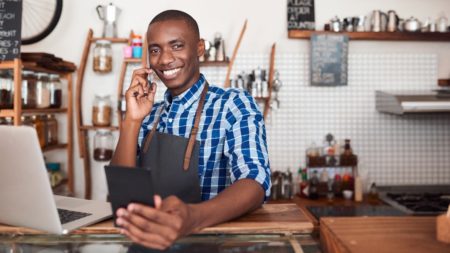 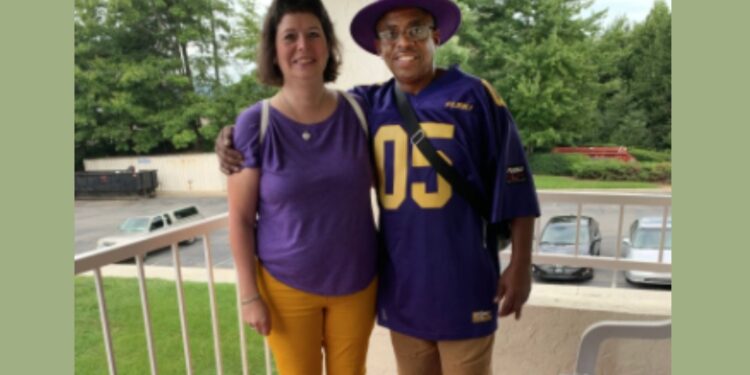 This spring, the City of Asheville began providing rooms for unsheltered people experiencing homelessness at several hotels in the area, including at the Ramada Inn, 148 River Ford Parkway. This incredible opportunity was made possible by an unprecedented level of federal funding from several sources. It played a key role in keeping our homeless community [...] 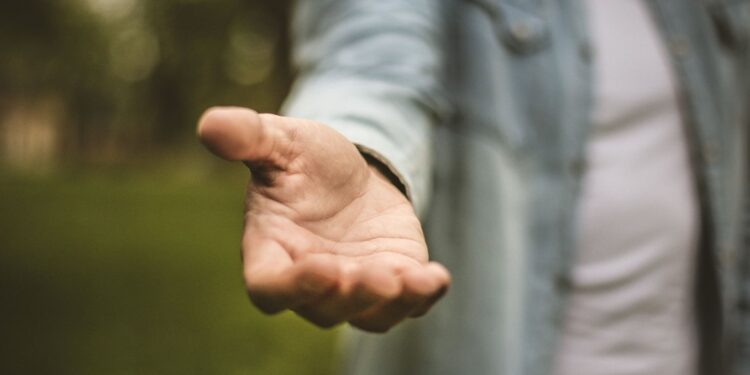 Homelessness: How our whole community wins when we invest in ending homelessness
Posted on September 27, 2021October 11, 2021 by Angelica Driver

Read Part 1 and Part 2 of our series on homelessness solutions in Asheville.   Homelessness issues in Asheville are long-standing and complex. Right now, the City of Asheville has an unprecedented level of resources available to help end chronic homelessness and build the homeless service system we need to best [...] 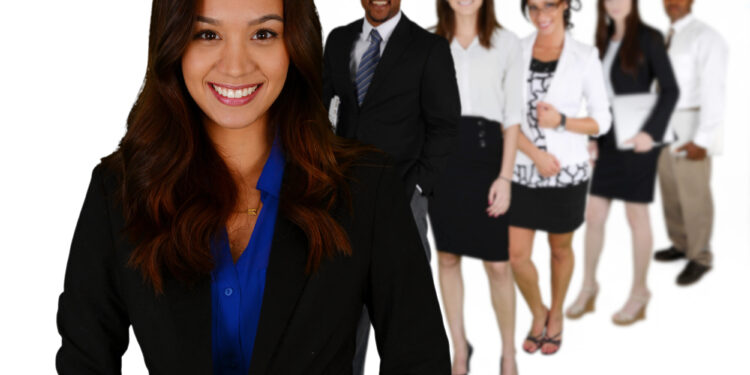 The City of Asheville’s Business Inclusion Office is excited to announce a new training program for local small businesses, AVL Pathways to Grow. The training program is geared towards helping women and small business owners of color to grow and scale up their businesses.   AVL Pathways to Grow is a collaboration between the City’s Business Inclusion [...]